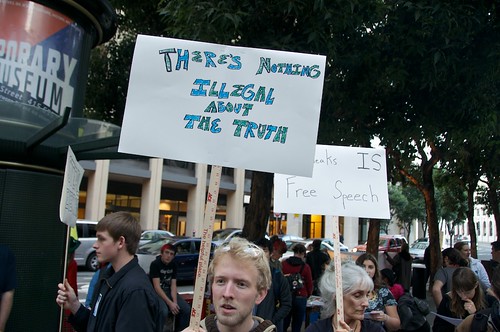 Working in progress : changing must yet be very into the way you explain it. New words, new ideas, new questions & answers drive us to the mainstream of future. Solutions lay in the precise words used to express the problems. Accordingly - open your pen ? Every question is a quest so "conquestion" (become your conquest). Who privet the deprives, who disinherit the disinherits, who do the undo, who is able to disable, who trim the detriment, who possess the dispossess, who spot the despot, who drain the brains, who unscrew the crew, who unsolder the soldier & oldier the soldier, who torture the distort, appropriate the too easy misappropriate, who miss the dismiss, who vert the divert, (how many) set to upset, who vide the divided, who loose the loosen, who order the disorder, fiddle the idle or draw the withdraw, whom tress of distress, who hattered the shattered, yes who "derangies", the "abover"…etc; all that showing clearly a true action hidden into the result word  (precise    term – inology !!!). New and defines ways of thinking 'cos your body belong to geometrical feelings, emotions and sensations? To intend the intendancy drive to "propositive", to pose the propose begins (of course) by changing of physical positions (finale of pro-positions? ).Micro economy, introduction to an economic topology (economy belongs to geometry not to mathematics), identity and earthy minds, anthropology as a new practical method, systemises and "allism" sciences, informatics with dialectics, universities, chemicals, unknown geniuses (yes so possible!)

Something that materialism – and i work in progress in that side too – refuse to know is: civilizations are made of desires, wills, thoughts, loves and mentalities of human beings. The "system" cannot be only "the" system: we cannot only (as puppets) be manipulated by objects and matter. Without mentality no way of life.

This book (with strange humour – coming from future?) shows and proves that crises are geometrical. Hidden face of crisis: the best! Other word to draw that true human being builds this geometry. They build the crises, as something to help us learning. One of the deepest mysteries!  The crises are built by few of us. Who? How? Those very clever and with golden hearts that you give yourself the right to persecute. Unfairly. While you think they suffer they use all your badness,    , cruelty, selfishness to draw, into Society, the lines of crisis. Martial arts belong to psychology definitely – 70 % of Economy, hey stupid! come from psychology. So you are trapped exactly by yourselves. Because you are so unkind easiest to build crises. How some of us succeed: you must read all that to get it. Everybody receive his own    …Sense of humour, you said, humour of sense feedback reality…Your denials and denials are going to torture you more and more, without anybody cause it. In the end: you discover you always were on the wrong side of everything!!! We must inform: you are supposed to live a success story. Us no. So…

When people have a glance upon past, sometimes they find gold. Here - gold is a book's competition based on a subject: "Why left always loose until 30 years ago?". Why we had left the left wing? The answers swear diamonds and gold…

But you must explain only with psychological, moral, affective etc…items. Not the usual material way, economy, trades and wares instead human beings. Mechanisms and structures instead live and social blood. That's a travel through the unknown. Book out of hook. So what the discoveries?

If we loose (from 30 years) it's because (be cause) the leaders and rulers. Well, don't meet them in left anymore, with their full bodies, hearts and minds. Only left their empties speeches. They left the left! Don’t believe it? Try to find, in the way they function, only one little thing, which is still progressist, egalitarian, brotherly, or liberator! No! Everything seems twisted in hierarchy's rictus, more and more illegitimate. Information's retentions and no more debate: can you see them "sharing" the "same life" than us in all that? Is left exist if nothing to share? They forsake, in so deceit, surreptitious and cunning ways, the left's actions and gifts…Dirty hearts and minds!!!

How to win? Ter. So easy. Come and read this book. It contains so many rivers of joy, gold, ecstasy, serenity and love. Capitalism just as if you were in jail!

The biggest storms, that financial, banks and Stock Exchange diseases brought, cannot find any serious explanation. They are sick but they can "explain" it (ex plain) only making us as sick as them…We just saw the triumph (in the top of Society) of incompetence, irresponsibility,      to reality, childish minds and no guts at all. We don't really wish to be like them: success story as every thing rotten in them.!!! We (the last adults) just ask "Where to find anything serious?" in their inexcusable desert.

At least, if not in acts, in comprehension! For the moment, it's because (be cause) of nobody, of none mentality, way of living or managering : it's only magic, extra terrestrial, coming from nowhere and created with invisible!!! Exactly as the shameful "invisible hand of the market" who describe the work's sharing absolutely not money streams. So "invisible hand of the market" doesn't exist nowhere: just addiction's chute. If you want to know how rich is your country you must       all money madness that is because money is not riches but only the measure of it. So they made a decimetre or a kilo the extra terrestrial money. All stupid capitalism is metaphysical : nothing serious in it. Only good for nasty puerile minds. Financial diseases only illness that true adults must. Our money is too serious for that madmen could  contaminer it….

Reality (this wonderful won-doer!) shows that irresponsible medias built the "golden boys", that, years after years, they asphyxiated us with that virus. So, they have created, alone, the mental environnement of financial's implosion. They must pay for that: nobody else! Choice for those enrages fanatics : jail or psychiatric hospital?

Discoveries of the true story as a love affair, full of sensuality, you can find it in this new way of writing. The gift is that you breeze the serious as if in a mountain!  The diamond is how your eyes could be - not the material piece of coal…